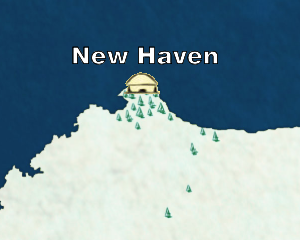 New Haven is an old ruined Caldonian Town. The population were killed 1500 years ago during the event that broke Arcadia.

It was first visited by the Caldonian Expedition in Frozen Frontier Episode 30.

Caldonian Expedition found nothing of value when they visited.

When revisited during Homeward Bound there were sunken ships discovered in the harbour.

Retrieved from "https://regalgoblins.fandom.com/wiki/New_Haven?oldid=112399"
Community content is available under CC-BY-SA unless otherwise noted.